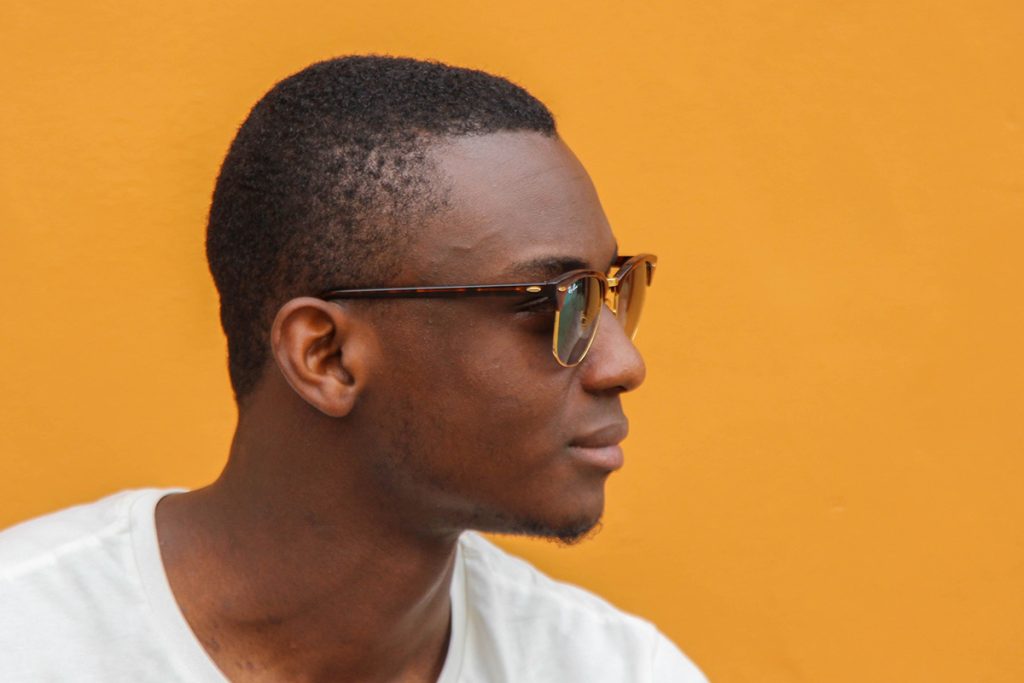 When forehead bone reduction is performed, the surgeon usually accesses the site through one of two incisions. These two incisions include a hairline incision or an incision that is behind the hairline (coronal incision). They each have their own advantages and disadvantages depending on the goals of the operation.

When hairline lowering is not necessary for facial feminization, a coronal incision is often used. This incision is placed within the hair to prevent it from being seen. The hair often easily covers up the scar that results from this incision.

Hair transplantations can be performed before, during, or after facial feminization surgery. When performed intraoperatively, a strip of scalp can be removed that is then used for harvesting hair follicles. The hair follicles are then implanted during the remainder of the operation. Hair transplantation can also be performed postoperatively to hide an incision, for hairline lowering, or for filling in the temporal recessions to produce hairline feminization.

What are the differences in hairline shape and distance between hairline to eyebrows between women and men?

The distance between the eyebrows and hairline is another characteristic with significant gender differences. A study by Nusbaum et al. found an average distance of 5.5cm between the mid-eyebrow to the frontal hairline midpoint for women.(4) Koo et al. found an average distance of 6.5cm in men.(5) These studies are limited due to comparisons between studies and differences that occur at different ages and with different ethnic backgrounds. They also do not take into account how the distances relate to remaining facial proportions. However, on average, women tend to have a lower frontal hairline than men.

Is the hairline or coronal approach better?

What is the cost of hairline lowering (scalp advancement)?

Hair transplantations either at the time of the operation or postoperatively does incur additional costs.

How is the recovery after a scalp incision?

Recovery is usually tolerated well since scalp incisions generally are not significantly painful. Oftentimes, this procedure is performed in conjunction with other procedures. In those scenarios, the scalp incision is usually a minor concern.

How do I clean my hair after a scalp incision?

Cleaning instructions for your hair and scalp after a scalp incision is often variable and should be driven by your surgeon on an individual basis. If there are no hair transplants, the dressings can usually be taken off after about 24 hours. At that time, the hair can be cleaned with water and baby shampoo.

If staples and non-dissolving suture were used to close the scalp incision, hydrogen peroxide can be used to remove any crusted blood that has formed. If absorbable sutures such as chromic, plain gut, or fast gut were used, then hydrogen peroxide should be avoided. The use of hydrogen peroxide in these scenarios can prematurely break down these suture.(6)

When are the sutures and staples removed after a scalp incision?

When can I dye my hair after the operation?

Assuming there are no complications with the healing process, there are no restrictions 1 month after surgery. This includes receiving a haircut or dying your hair.

Do I need to shave or cut my hair for these incisions?

There is no need to cut or shave your hair. The hair is braided prior to the operation to keep it clean and out of the way. At the end of the operation, the hair is washed to keep it clean. Sometimes there can be minor residual bleeding along the incision after the operation. That can get crusted into the hair. Shampoo or hydrogen peroxide work well to remove any crusting that occurs. Shorter hair can make postoperative care slightly easier, but it is not essential for surgery.

Dr. Mittermiller is a plastic surgeon with specialty training in craniofacial surgery and facial feminization surgery. He is primarily located in Los Angeles, California and serves the broader Southern California area.

What is facial feminization surgery (FFS)?

Facial Feminization Surgery through Insurance – Los Angeles FFS Insurance Coverage Insurance coverage of FFS surgery is a constantly changing landscape. As a patient, it is important to know how …