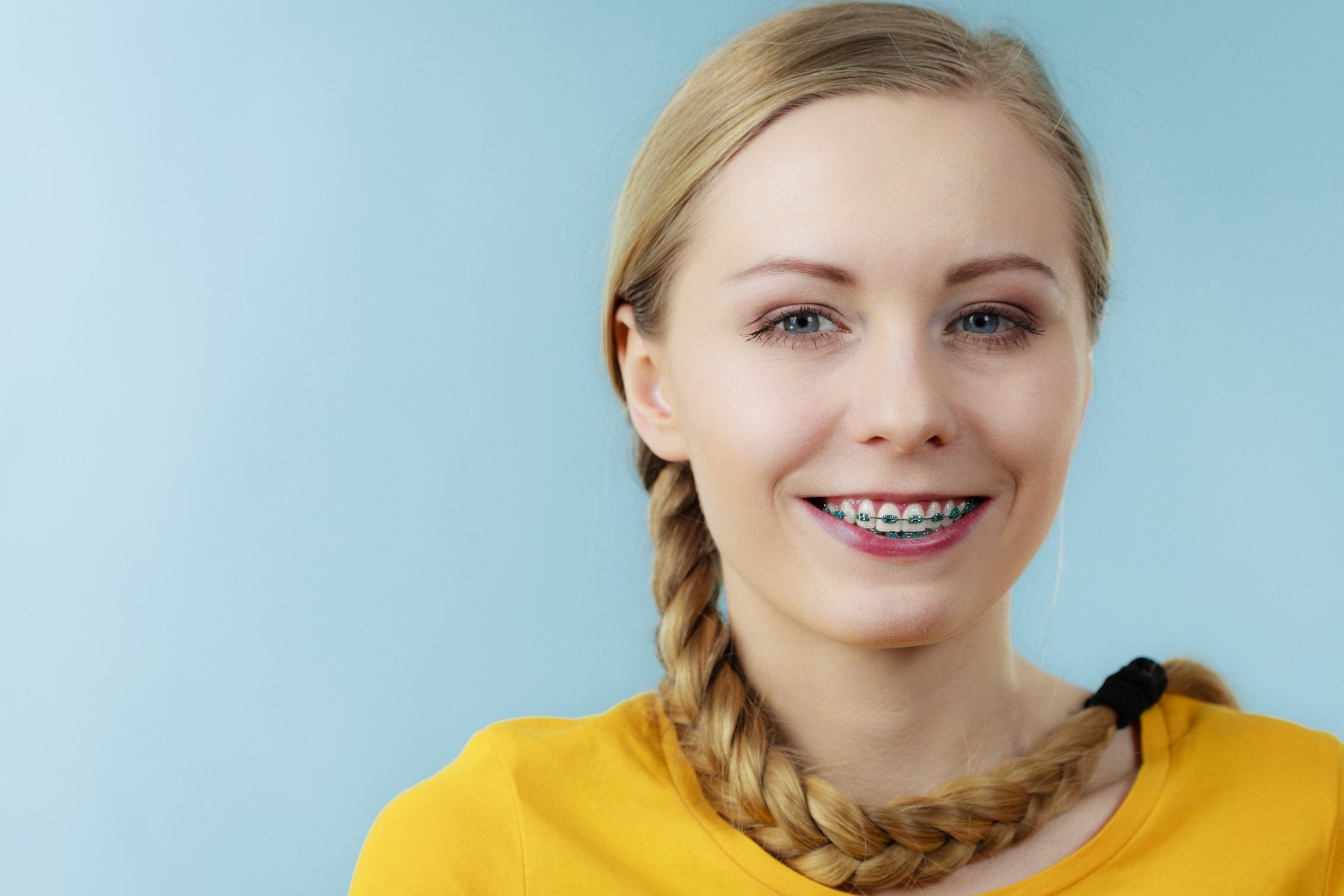 Orthognathic surgery describes a category of operations that are performed to improve how the teeth fit together or where the teeth are located in the face. It is commonly referred to as jaw surgery.

Why is orthognathic surgery performed?

Orthognathic surgery is often performed because the teeth do not fit together appropriately and the issue cannot be corrected with braces alone. There are multiple scenarios where this exists. A couple common scenarios occur when patients have a significant underbite or overbite.

Another main category of reasons for why orthognathic surgery are performed is to improve the location of the teeth within the face. One example of this is with vertical maxillary excess, which commonly results in a “gummy” smile. This means that one smiles, there is a greater than normal amount of exposure of the upper gums.

These are simply two of many scenarios where orthognathic surgery can help improve facial function and facial aesthetics.

When is jaw surgery be performed?

Orthognathic surgery is performed after skeletal maturity is reached. Excluding rare circumstances, this allows the surgeon to move the teeth into their appropriate position without having to guess the future effects of growth. Skeletal maturity usually occurs in the middle to late teenage years.

How do I prepare for jaw surgery?

Preparation for orthognathic surgery frequently involves a period of dental alignment managed by an orthodontist. This often involves the placement and use of braces. The braces are also commonly used during the operation.

What are the main operations included in orthognathic surgery?

Orthognathic surgery procedures can be combined in certain cases. When the Le Fort I osteotomy and BSSO are combined, this is frequently referred to as a double jaw surgery or BiMax surgery.

What is a Le Fort I osteotomy?

The Le Fort I osteotomy is designed immediately above the hard palate. Accessing the bone requires making an incision on the inside of the mouth between the gums of the upper teeth and the lip of the upper teeth. The bone of the maxilla (middle portion of the face) is cut along the Le Fort I fracture line. The cuts in the bone are through the anterior, medial, and lateral walls of the maxillary sinus and through the septum. A technical point is that part of the operation involves separating the maxilla from the pterygoid plates, which are bones located behind the maxillary sinuses. These cuts are shown in the illustrations below.

Once the Le Fort I osteotomy has been completed, the upper teeth can be repositioned and secured into place. The bones are usually secured with small titanium plates and screws. When repositioning the maxilla, one focuses on front-to-back movement, side-to-side movement, and the yaw, pitch, and roll. Yaw, pitch, and roll describe how the upper teeth are rotated in all three axes.

What is a bilateral sagittal split osteotomy (BSSO)?

A BSSO describes the bony cuts that occur in the mandible (lower jaw) when performing orthognathic surgery to reposition the lower jaw. It is bilateral because it occurs on both the left and right sides of the mandible.

The term sagittal means that the main cut is performed in a vertical plane from back to front. Once the osteotomies are performed, the mandible is split on the left and the right. The teeth of the mandible are then positioned in the appropriate location and secured in place. The bones are usually secured with small titanium plates and screws.

Is a genioplasty always performed during orthognathic surgery?

A genioplasty is not always performed during orthognathic surgery, but this procedure can be helpful to improve facial proportions. It is frequently performed as part of cosmetic jaw surgery.

What are the risks of orthognathic surgery?

Orthognathic surgery is frequently performed without any major complications. As with all operations, complications can occur.

Bleeding: Aside from the standard bleeding that occurs during any operation, injury to various vessels in the face can increase the risks involved with bleeding. During the Le Fort I osteotomy, injury to the descending palatine vessels can result in significant bleeding if the vessels are not adequately controlled.

Poor blood supply: In complex scenarios, there is a risk of reducing blood supply to a critical level to the structures of the upper jaw. This can result in loss of gums, teeth, or bony segments.

Malunion or non-union: If the dental segments are not appropriately moved and fixated, there is a risk of the dental arches being placed into an incorrect position. It is also possible for the bone not to completely fuse. These risks can be greater in certain scenarios, such as large advancements or downward movements.

Infection: This can occur in the maxilla or mandible.

Dental injury: Cuts through the bone of the tooth-bearing regions, can injure the teeth.

Nerve injury: There are multiple large sensory nerves that are encountered during orthognathic surgery. During the Le Fort I osteotomy, the infraorbital nerves, which supply the cheeks and upper lip are encountered and protected. During the bilateral sagittal split osteotomes, the inferior alveolar nerves (which eventually become the mental nerves) are also protected. Injury can occur to any of these nerves during the operation.

It is common to have facial numbness after orthognathic surgery. Sensation to the face often returns to normal after a period of months.

The best method for avoiding complications is to have surgery performed by a surgeon with familiarity and experience with the procedures.

How is the recovery after orthognathic surgery?

It is generally recommended to take a few weeks off work to allow for recovery from orthognathic surgery for malocclusion and cosmetic jaw surgery. Surgery on one jaw is less involved and less painful than surgery on both the maxilla and mandible (upper and lower jaws).

Patients usually stay in the hospital following orthognathic surgery and can sometimes require staying in the hospital for a couple days. The hospital stay can be helpful for managing any postoperative pain, to monitor for any breathing issues, or to provide fluids if there is difficulty with drinking.

The majority of facial swelling resolves after about 1 month, but there can be residual swelling that lasts up to a year following the operation. Complete bony healing takes 4- 6 weeks.

Sutures are placed within the mouth at the end of the procedure, and these will take multiple weeks to dissolve on their own.

There is often rather significant swelling following the procedure. A compressive dressing is applied at the end of the procedure that assists with limiting swelling.

It is frequently recommended to avoid tooth brushing until the first follow-up appointment. Instead of tooth brushing, a special mouth wash is provided to clean the mouth.

Patients may begin eating immediately following orthognathic surgery. There is usually a slow advance of diet. Typically one starts with a liquid only diet and slowly progresses to soft foods and finally to food that requires heavy chewing. The progression is guided by the surgeon during postoperative visits.

Braces will need to remain in place after the operation to continue to guide the bite. They may also be necessary to finish aligning the teeth.

What is an occlusal splint?

How much does orthognathic surgery cost?

How do I find the best orthognathic surgeon near me in Los Angeles, California?

Orthognathic surgery, or jaw surgery, is often performed by oral surgeons, oral and maxillofacial surgeons, or plastic surgeons with training in craniofacial surgery. The best orthognathic surgeons have a good understanding of the operation and the indications for the surgery whether it be for malocclusion or cosmetic jaw surgery. Los Angeles has many surgeons who are capable of performing these types of operations, so it is important for patients to research potential surgeons in Los Angeles to find the best surgeon for them.

Dr. Mittermiller is a specialty trained plastic surgeon who primarily operates in the Los Angeles area. He is passionate about craniofacial surgery, gender-affirming surgery, rhinoplasty, and aesthetic surgery.